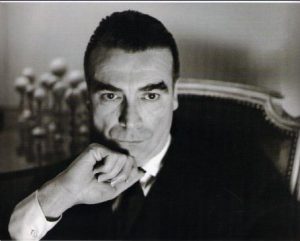 Cristóbal Balenciaga Eizaguirre (January 21, 1895 in Spain – March 23, 1972 in Spain) was a Spanish Basque fashion designer and the founder of the Balenciaga fashion house. He had a reputation as a couturier of uncompromising standards and was referred to as "the master of us all" by Christian Dior and as "the only couturier in the truest sense of the word" by Coco Chanel, who continued "The others are simply fashion designers". He continues to be revered as the supreme deity of the European salons. On the day of his death, in 1972, Women's Wear Daily ran the headline "The king is dead" (no one in the fashion world had any doubt as to whom it referred).