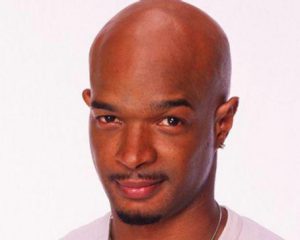 Damon is alive and kicking and is currently 61 years old.
Please ignore rumors and hoaxes.
If you have any unfortunate news that this page should be update with, please let us know using this .

Does Damon Wayans Have the coronavirus?

Howell's information is not available now.

Elvira's information is not available now.

Damon Kyle Wayans, Sr. is an American actor, comedian, writer and producer, member of the Wayans family of entertainers. Damon Wayans was born on September 4, 1960, in Harlem, New York, the third of ten children. Wayans started his standup-comedy career in 1982, and landed a role in Eddie Murphy's Beverly Hills Cop. After a year on Saturday Night Live, Wayans became a member of his brother's sketch comedy show In Living Color popularizing characters including Homey D. Clown. Wayans lives in Beverly Hills.
Wayans was married to Lisa Thorner; they divorced in 2000. He has four children with Thorner: sons Damon Wayans Jr., Michael Wayans and daughters Cara Mia Wayans, Kyla Wayans; and is a grandfather. He is the uncle of Damien Dante Wayans, Chaunté Wayans and Craig Wayans.

Wayans is a close personal friend of both NBA legend, Michael Jordan and fellow In Living Color star, Jim Carrey.
Wayans was diagnosed with Type 2 diabetes in early 2013.
In September 2015, Wayans defended American comedian Bill Cosby from his sexual assault accusations, stating, "It's a money hustle". He continued, saying, "Forty years – listen, how big is his penis that it gives you amnesia for 40 years? If you listen to them talk, they go, 'Well, the first time…' The first time? Bitch, how many times did it happen? Just listen to what they're saying and some of them really is unrape-able. I look at them and go, 'You don't want that. Get outta here.'"