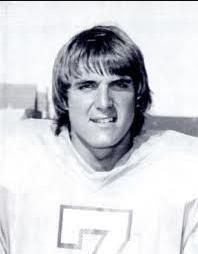 Dan is alive and kicking and is currently 73 years old.
Please ignore rumors and hoaxes.
If you have any unfortunate news that this page should be update with, please let us know using this .

Does Dan Pastorini Have the coronavirus?

Dante Anthony "Dan" Pastorini (born May 26, 1949) is a former American football quarterback in the National Football League for the Houston Oilers, Oakland Raiders, Los Angeles Rams, and the Philadelphia Eagles and was also a winning NHRA Top Fuel Dragster driver.
Pastorini was known as a tough quarterback throughout his career. From 1971 through 1979, Pastorini missed only five regular season games, playing through broken ribs and even a punctured lung at times. He was the first player to wear the now ubiquitous "flak jacket" under his uniform to protect broken ribs. He did not play behind what would be considered a quality offensive line until 1977, when the Oilers hired Joe Bugel as offensive line coach and brought in players like Greg Sampson and, later, Leon Gray. By 1978, the Oilers had a running game with the drafting of future Hall of Famer Earl Campbell.

Pastorini raced hydroplanes, drag-raced cars, judged wet T-shirt contests, and starred in a 1974 B-movie called Weed: The Florida Connection and then co-starred in a 1979 Lee Majors movie called Killer Fish. He also played a role in the TV series "Voyagers!" as a gladiator and posed nude in 1980 for Playgirl magazine. He married glamor model June Wilkinson, who appeared in Playboy Magazine. She is British and 9 years older. They had one child, a daughter named Brahna, and later divorced.
Pastorini is an Honorary Texan. In January 2012, on The Jim Rome Radio Show, Pastorini recalled a story how then-Raider owner Al Davis completely blew him off in the locker room after a game. "He sneered at me" said Pastorini. Pastorini then went on to say that, "when he (Davis) passed away, I wasn't sad to see him go." Pastorini currently lives and works in Houston. His autobiography, Taking Flak: My Life in the Fast Lane, was released in November 2011.