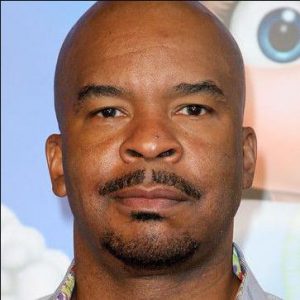 David is alive and kicking and is currently 67 years old.
Please ignore rumors and hoaxes.
If you have any unfortunate news that this page should be update with, please let us know using this .

Does David Alan Grier Have the coronavirus?

David Alan Grier, is an American actor and comedian. He is known for his work on the sketch comedy television show In Living Color. One of three children, Grier was born in Detroit, Michigan, the son of mother Aretas Ruth (née Blaney), a school teacher, and father William Henry Grier, a psychiatrist and writer who co-wrote the book Black Rage.
Immediately after graduating from Yale, Grier landed the role of Jackie Robinson in the short-lived Broadway musical The First, directed by Martin Charnin and written by Joel Siegel. Grier got his start on the National Public Radio radio drama adaptation of Star Wars in 1981. He was the voice of a nameless X-wing fighter pilot during the Battle of Yavin.

Grier was married to Maritza Rivera and divorced in 1997. In July 2007, he married Christine Y. Kim, an associate curator of the Los Angeles County Museum of Art. She gave birth to their daughter, Luisa Danbi Grier-Kim on January 10, 2008, at Cedars-Sinai Medical Center, in Los Angeles. On June 9, 2009, according to TMZ, Kim filed for divorce, citing irreconcilable differences.
He is an avid cook and began food blogging during the run of the play Race, where James Spader helped to critique the food Grier made.