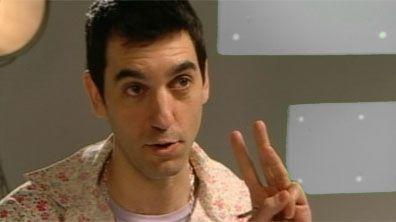 David Sant is alive and kicking and is currently 55 years old.
Please ignore rumors and hoaxes.
If you have any unfortunate news that this page should be update with, please let us know using this .

David Sant is a Spanish English director, writer, actor and voice actor. He was born in Catalonia, Spain. He is best known for the role of Cartoon Head from series two of the British television show Ideal and is also known for playing the title role and the other male characters in the season 5-6 revival of Pingu. He has directed many television series including Jonathan Creek, Benidorm and Stella.