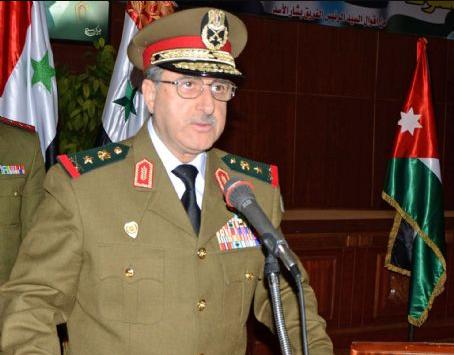 Dawoud Abdallah Rajiha (Arabic: داود راجحة‎‎; 1947 – 18 July 2012), forename sometimes transliterated Dawood or Daoud, surname sometimes transliterated Rajha, was the Syrian minister of defense from 2011 to July 2012 when he was assassinated along with other senior military officers by armed opposition forces during the country's Civil War. From 2009 to 2011, Rajiha served as chief of staff of the Syrian Army.