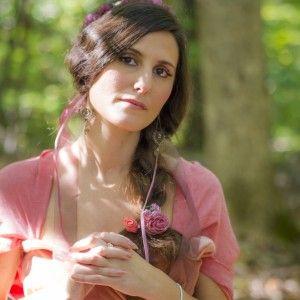 Deborah is alive and kicking and is currently 44 years old.
Please ignore rumors and hoaxes.
If you have any unfortunate news that this page should be update with, please let us know using this .

Deborah Rose is a Welsh singer/songwriter whose emotive, timeless voice has been described by folk legend Judy Collins as “one of the finest I’ve heard”. Deborah supported Judy Collins on the UK leg of her world tour in 2011 after meeting her at the Isle of Wight Festival in 2009 where Deborah opened the Big Top Stage. Her recent career has also seen her perform with Ralph Mctell, Julie Felix, Boo Hewerdine, Dan Cassidy, Kenny White, 10CC, Rod Argent, Colin Blunstone, Raghu Dixit, Thea Gilmore, The Medieval Baebes and Rickie Simpkins of the Emmylou Harris band.Deborah’s debut album, “Song Be My Soul” frames Deborah’s purity of voice with classic folk and a whisper of the mystic energy gained from her Celtic roots. The album includes an unrecorded poem, “Springtime” written by Deborah’s greatest inspiration, Eva Cassidy, set to original music. Deborah describes the moment she heard Eva’s voice as an “epiphany when suddenly the world made sense”. It’s maybe no wonder then that the universe conspired to bring her together with Eva’s brother Dan Cassidy in 2010, who has now become a friend and plays violin on the album. Deborah performed live on Terry Wogan’s show on Radio 2 to commemorate Eva’s 50th anniversary last February. Following this Deborah performed in Maryland, Eva’s hometown at The Maryland Renaissance Festival, and she had the privilege of staying with Eva’s parents. While in Maryland Deborah undertook interviews with friends and family for a BBC documentary she made honouring Eva’s music. This was broadcast on BBC Hereford and Worcester on New Years Day, with tributes from Roberta Flack and Judy Collins.Deborah’s music reflects her love of myth and legend with the hauntingly dramatic “Lady of Shalott” inspired by Tennyson’s epic poem. Deborah welcomed the original Waterhouse painting to the Midlands, UK from the Tate, London when she performed the song at the opening of the Pre-Raphaelite exhibition ‘Love and Death’ at Birmingham Museum and Art Gallery.Deborah was born in Newport, South Wales before moving to Worcestershire. Her talent was apparent from an early age along with her desire to make music. She grew up listening to John Denver, John Williams, and Diana Ross. At the age of 10 she traipsed the streets of South Wales, washing cars in order to buy her first classical guitar. On a long road trip across America with her grandparents, age 13, she found her voice singing in the back of the van and it was then discovered that singing was in her soul.Soon after, she discovered Joni Mitchell, Sandy Denny, Buffy St. Marie, Joan Baez and Bob Dylan and her musical direction was given form and shape. She formed her own duo, then trio, and various bands before giving up full time work as a Journalist and Communications Manager to study for an MA in Songwriting at Bath University, followed by an MA in English Literature at the University of Worcester.Her versatile voice has allowed Deborah to experiment with different genres of music and she has appeared as a guest with Dan Cassidy’s Swing Quartet on his UK Tour, performances with the Tom Hill Blues Trio, Bluegrass band “Grey Wolf’ and Jazz virtuoso guitarist Remi Harris. Venues performed at, include Worcester, Hereford and Liverpool Cathedral, Queen Victoria’s home, Osborne House, Eastnor Castle, Kings Place, London, and Symphony Hall and Town Hall, Birmingham. Deborah has been the music host for several venues in the Midlands, hosting shows for worldwide artists touring in the UK, as well as supporting local talent. She regularly offers music therapy workshops to adults suffering with dementia, performs at hospices in the West Midlands and in Wales and teaches and mentors young singers. Deborah’s guiding light is to serve others by using her voice to reach out, inspire, and touch that place deep in the soul of her audiences, whether in the living room of a hospice, a wedding ceremony, or a Cathedral concert. For Deborah music is a gift, and her joy is in sharing it.