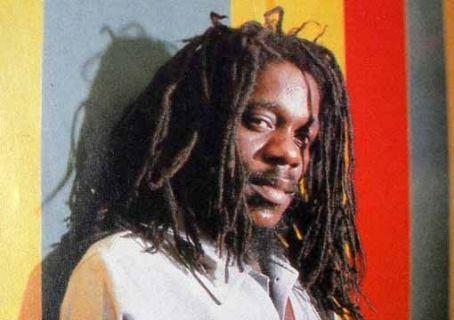 Dennis passed away on July 1, 1999 at the age of 42 in Kingston, Jamaica. Dennis's cause of death was pneumonia leading to a collapsed lung (cardiac arrest).

Dennis Emmanuel Brown CD (1 February 1957 – 1 July 1999) was a Jamaican reggae singer. During his prolific career, which began in the late 1960s when he was aged eleven, he recorded more than 75 albums and was one of the major stars of lovers rock, a subgenre of reggae. Bob Marley cited Brown as his favourite singer, dubbing him "The Crown Prince of Reggae", and Brown would prove influential on future generations of reggae singers.
In 1972, Brown began an association that would result in his breakthrough as an internationally successful artist; He was asked by Joe Gibbs to record an album for him, and one of the tracks recorded as a result, "Money in my Pocket", was a hit with UK reggae audiences and quickly became a favourite of his live performances. This original version of "Money in my Pocket" was in fact produced by Winston "Niney" Holness on behalf of Gibbs, with musical backing from the Soul Syndicate. In the same year, Brown performed as part of a Christmas morning showcase in Toronto, Ontario, Canada, along with Delroy Wilson, Scotty, Errol Dunkley, and the Fabulous Flames, where he was billed as the "Boy Wonder of Jamaica" and was considered the star of the show in a local newspaper review.

The song's popularity in the UK was further cemented with the release of a deejay version, "A-So We Stay (Money in Hand)", credited to Big Youth and Dennis Brown, which outsold the original single and topped the Jamaican singles chart. Brown and Holness became close, even sharing a house in Pembroke Hall. Brown followed this with another collaboration with Holness on "Westbound Train", which was the biggest Jamaican hit of summer 1973, and Brown's star status was confirmed when he was voted Jamaica's top male vocalist in a poll by Swing magazine the same year. Brown followed this success with "Cassandra" and "No More Will I Roam", and tracks such as "Africa" and "Love Jah", displaying Brown's Rastafari beliefs, became staples on London's sound system scene. In 1973, Brown was hospitalized due to fatigue caused by overwork, although at the time rumours spread that he only had one lung and had only a week to live, or had contracted tuberculosis. He was advised to take an extended break from performing and concentrated instead on his college studies.
In the late 1990s, Brown's health began to deteriorate. He had developed respiratory issues, probably exacerbated by longstanding problems with drug addiction, namely cocaine, leading to him being taken ill in May 1999 after touring in Brazil with other reggae singers, where he was diagnosed with pneumonia. After returning to Kingston, Jamaica, on the evening of 30 June 1999, he was rushed to Kingston's University Hospital, suffering from cardiac arrest. Brown died the next day, the official cause of his death was a collapsed lung.
Sitting Jamaican Prime Minister P. J. Patterson and former prime minister, serving at the time as opposition leader, Edward Seaga of the Jamaica Labour Party both spoke at Brown's funeral, which was held on 17 July 1999 in Kingston. The service, which lasted for three hours, also featured live performances by Maxi Priest, Shaggy, and three of Brown's sons. Brown was then buried at Kingston's National Heroes Park. Brown was survived by his wife Yvonne and ten children. Prime Minister Patterson paid tribute to Brown, saying: "Over the years, Dennis Brown has distinguished himself as one of the finest and most talented musicians of our time. The Crown Prince of Reggae as he was commonly called. He has left us with a vast repertoire of songs which will continue to satisfy the hearts and minds of us all for generations to come."