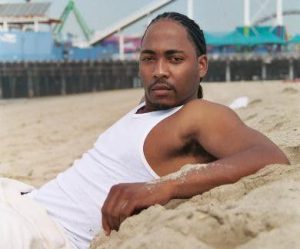 Desi is alive and kicking and is currently 42 years old.
Please ignore rumors and hoaxes.
If you have any unfortunate news that this page should be update with, please let us know using this .

Does Desi Arnez Hines II Have the coronavirus?

Desi Arnez Hines II (born January 21, 1980 in Los Angeles, California) is an American film and television actor. He is best known for his role as the 10-year-old Tre Styles in the 1991 hit John Singleton-directed motion picture Boyz n the Hood.
Boyz n the Hood is a 1991 American teen hood drama film written and directed by John Singleton in his directorial debut, and starring Cuba Gooding Jr., Ice Cube, Morris Chestnut, Laurence Fishburne, Nia Long, Regina King and Angela Bassett. This film was the acting debut for both Ice Cube and Morris Chestnut.