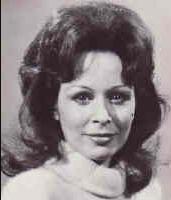 Dorrie passed away on December 31, 1983 at the age of 38 in Bonn, Germany. Dorrie's cause of death was cancer.

Dorrie Kavanaugh was an American actress who was born on July 12, 1945 as Dorriet Kavanaugh. She was an actress, known for Dark Shadows (1966), Hester Street (1975) and The Edge of Night (1956).
Miss Kavanaugh, a resident of Verona, Italy, and New York City, was perhaps best known for her portrayal of Kathy Craig on the daily soap opera "One Life to Live." She also appeared in movies, including "Hester Street." Since 1979 Miss Kavanaugh worked as an opera singer, appearing in performances throughout Europe. She also was a co-founder of "Children's Express," a newspaper column reported by children and distributed to newspapers by United Press International.

She was married to Kristjan Johannsson. She died in Bonn, West Germany, on Saturday where she was undergoing treatment for cancer.