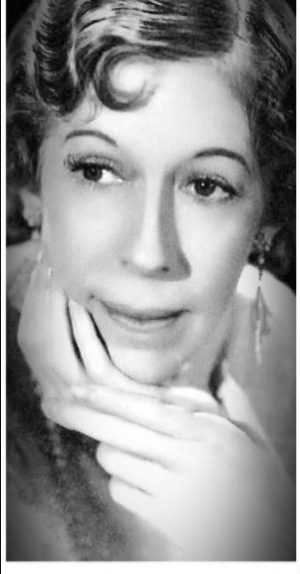 Edna passed away on November 9, 1942 at the age of 59 in Malibu, California, USA. Edna's cause of death was intestinal blockage.

Edna May Oliver Birthday and Date of Death

Is Edna May Oliver's father, Charles Nutter, dead or alive?

Is Edna May Oliver's mother, Ida May Nutter, dead or alive?

Ida May Nutter's information is not available now.

Edna May Oliver was an American stage and film actress. During the 1930s, she was one of the better-known character actresses in American films, often playing tart-tongued spinsters.
Born in Malden, Massachusetts, the daughter of Ida May and Charles Edward Nutter, it was claimed that Oliver was a descendant of John Quincy Adams and John Adams, the sixth and second presidents of the United States. This was probably Hollywood publicity. Her father's stepfather, Samuel Oliver, did have a mother named Julia Adams descended from a John Adams (born 1724), but not the John Adams (born 1735) who was president of the United States or his son (also president), John Quincy Adams. She quit school at age fourteen in order to pursue a career on stage and achieved her first success in 1917 on Broadway in Jerome Kern's musical comedy Oh, Boy!, playing the hero's comically dour Aunt Penelope.

Her film debut was in 1923 in Wife in Name Only. She continued to appear in films until Lydia in 1941. Oliver first gained major notice in films for her appearances in several comedy films starring the team of Wheeler & Woolsey including Half Shot at Sunrise, her first film under her RKO Radio Pictures contract in 1930. While usually playing featured parts, she starred in ten films, including the women's stories Fanny Foley Herself and Ladies of the Jury.