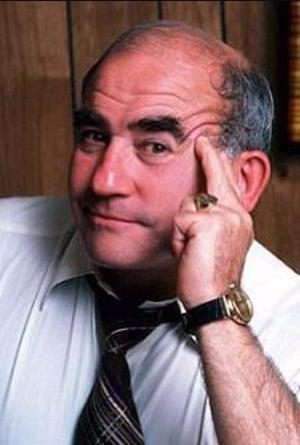 Lizzie's information is not available now.

Edward "Ed" Asner is an American film, television, and stage actor, voice actor, and a former president of the Screen Actors Guild. He is primarily known for his role as Lou Grant during the 1970s and early 1980s, on both The Mary Tyler Moore Show and its spin-off series Lou Grant, making him one of the few television actors to portray the same leading character in both a comedy and a drama. He is also known for portraying Santa Claus in the 2003 comedy Elf and its 2014 remake Elf: Buddy's Musical Christmas.
Asner was married to Nancy Sykes from 1959 to 1988. They have three children: twins Matthew and Liza, and Kate. In 1987, he had a son named Charles with Carol Jean Vogelman. Asner is a parent and a grandparent of a child with autism and is deeply involved with the autism nonprofit Autism Speaks. He has also served as a board member and advisor for Aspiritech, a non-profit firm that trains high-functioning autistic persons to test software.

Asner became engaged to producer Cindy Gilmore in 1991. They married on August 2, 1998. Gilmore filed for legal separation on November 7, 2007. Asner filed for divorce in 2015.
In 2009, he starred as the voice of Carl Fredricksen in Pixar's animated film Up, and made a guest appearance on CSI: NY in the episode "Yahrzeit". In early 2011, Asner returned to television as butcher Hank Greziak in Working Class, the first original sitcom on cable channel CMT. He starred in the Canadian television series Michael, Tuesdays and Thursdays, on CBC Television and has appeared in the 2013 television series The Glades. Asner guest-starred as Guy Redmayne, a homophobic billionaire who supports Alicia Florrick's campaign, in the sixth season of The Good Wife.