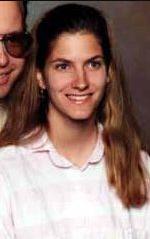 Eileen passed away on January 26, 1998 at the age of 28 in Queensland, Australia. Eileen's cause of death was unusual deaths.

Eileen was born in Baton Rouge, LA and received her B.S. in Geology from the University of New Mexico in Albuquerque. She was fluent in French and had been an exchange student in France during high school. She met her husband, Thomas (Tom) Lonergan, a fellow Louisiana native, while attending college. Eileen had a life-long desire to become a Peace Corps volunteer, and in 1994, her wish came true. Both she and husband Tom were assigned to the South Pacific to work as science teachers in the island nation of Tuvalu. They served 2 years in Tuvalu, came back to the USA for a long holiday, and then were granted by the Peace Corps an extension to teach school in Suva, Fiji. Eileen and Tom completed their Peace Corps service in early 1998. They were looking forward to returing home to the United States to rejoin family, friends and to continue their lives. They both had plans to pursue Master's degrees in their chosen fields and were considering relocating to Hawaii. Eileen and Tom had been avid, skilled scuba divers for several years, especially indulging their love of diving while stationed in the South Pacific. Before returning home to the USA, they celebrated the end of their Peace Corps service by diving in Australia's Great Barrier Reef in January 1998. The joyous diving trip became a horrific nightmare, as the dive boat company that took more than 20 divers out in the ocean abandoned Tom and Eileen through negligent actions, as was finally ruled in an Australian court. Consquently, that particular company was ruined and the diving industry was shaken to the core by such acts of negligence. If anything good came from their deaths, it is that the diving industry is held more accountable for their clients' safety.