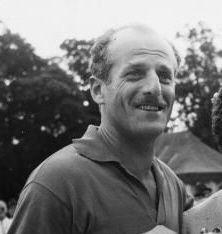 Baron Élie de Rothschild (29 May 1917 – 6 August 2007) was the guardian of the French branch of the Rothschild family banking dynasty. He followed his father as a partner in the family bank, de Rothschild Frères, and ran the Château Lafite-Rothschild premier cru claret vineyard from 1946 to 1974.