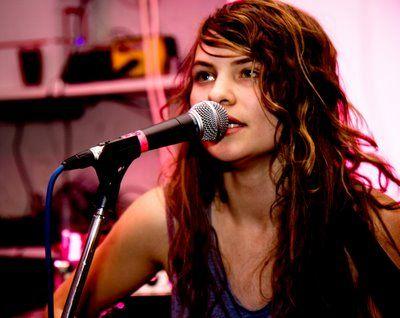 Coco is alive and kicking and is currently 32 years old.
Please ignore rumors and hoaxes.
If you have any unfortunate news that this page should be update with, please let us know using this .

Coco began playing music at a young age and began working on an album at 15.Some of her earlier songs include "I Blame Coco", "2B 2D or not 2B", "My Name Is A Stain", "Silencio", "Bohemian Love", "Darkstar", "Never Be", "Voice In My Head", "Control", and "No Smile" (A song which would later appear on her album, The Constant), many of which were imbued with a heavy reggae influence and elements of pop punk. The song "I Blame Coco", which was co-written with Mr Hudson, was released independently as a 7" single in 2007.At age 17, Coco signed a multi-record deal with Island Records.Since then, she has spent time rewriting and recording her album The Constant in Sweden with one of her two producers, Klas Åhlund.I Blame Coco`s debut single for Island, "Caesar", featuring Robyn, was released in February 2010 along with a music video.Coco released her follow up single called "Self Machine" on July 12, 2010. During an interview with Digitalspy she revealed that she had recorded fifteen songs for The Constant. However, only eleven songs will appear on the album.During the same interview she revealed that the album would be released in September alongside the third single "Quicker", which is due for a release on September 27, 2010.I Blame Coco is frequently seen using the alternate spelling I Blåme Coco, incorporating the Swedish vowel å, pronounced as the English "o" or "oa" as in the word "goal". Coincidentally, the Swedish vowel ä is closer in pronunciation to the long vowel "a" in English, as in the word "blame".Coco has worked with Fyfe Dangerfield performing "Only Love Can Break Your Heart", Miike Snow, and Sub Focus performing "Splash". She has also performed with Pete Doherty and Mr Hudson.