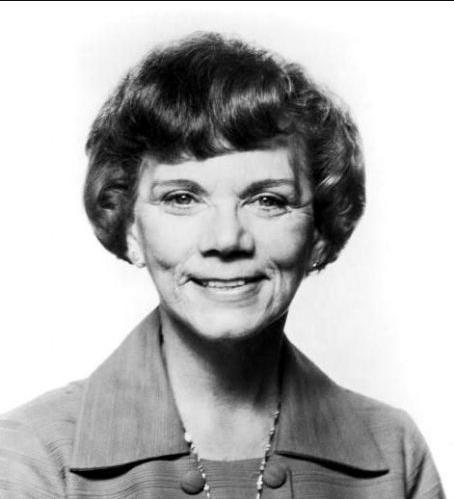 Ellen passed away on April 14, 1999 at the age of 87 in Woodland Hills, California, USA. Ellen's cause of death was stroke.

Biography by Hal Erickson [-]By the time she first appeared as Grandma Walton in 1971, American actress Ellen Corby had been playing elderly characters for nearly thirty years--and she herself was still only in her fifties. The daughter of Danish immigrants, Ellen Hansen was born in Wisconsin and raised in Philadelphia; she moved to Hollywood in 1933 after winning several amateur talent shows. Her starring career consisted of tiny parts in low-budget Poverty Row quickies; to make a living, Ellen became a script girl (the production person responsible for maintaining a film's continuity for the benefit of the film editor), working first at RKO and then at Hal Roach studios, where she met and married cameraman Francis Corby. The marriage didn't last, though Ellen retained the last name of Corby professionally. While still a script girl, Ellen began studying at the Actors Lab, then in 1944 decided to return to acting full time. She played several movie bit roles, mostly as servants, neurotics, and busybodies, before earning an Oscar nomination for the role of Trina the maid in I Remember Mama (1948). Her career fluctuated between bits and supporting parts until 1971, when she was cast as Grandma Walton in the CBS movie special The Homecoming. This one-shot evolved into the dramatic series The Waltons in 1972, with Ms. Corby continuing as Grandma. The role earned Ellen a "Best Supporting Actress" Emmy award in 1973, and she remained with the series until suffering a debilitating stroke in 1976. After a year's recuperation, Ellen returned to The Waltons, valiantly carrying on until the series' 1980 cancellation, despite the severe speech and movement restrictions imposed by her illness. Happily, Ellen Corby endured, and was back as Grandma in the Waltons reunion special of the early '90s.