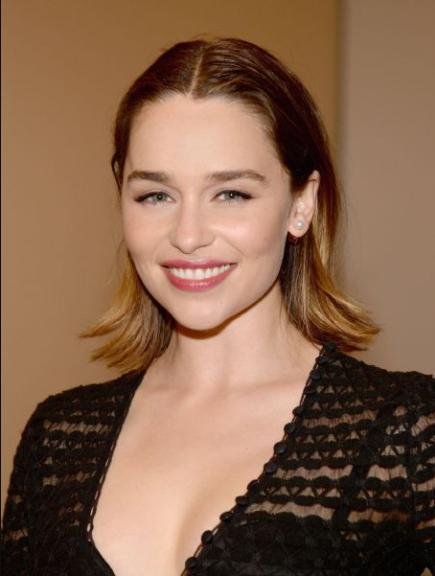 Emilia is alive and kicking and is currently 35 years old.
Please ignore rumors and hoaxes.
If you have any unfortunate news that this page should be update with, please let us know using this .

Does Emilia Clarke Have the coronavirus?

British actress Emilia Clarke was born in London and grew up in Berkshire, England. Her father is a theatre sound engineer and her mother is a businesswoman. Her father was working on a theatre production of "Show Boat" and her mother took her along to the performance. This is when, at the age of 3, her passion for drama began. From 2000 to 2005, she attended St. Edward's School of Oxford, where she appeared in two school plays. She went on to study at the prestigious Drama Centre London, where she took part in 10 plays. During this time, Emilia first appeared on television with a guest role in the BBC soap opera Doctors (2000).
Emilia Isabelle Euphemia Rose Clarke was born in London on 23 October 1986, and grew up in Berkshire. Her father (died 10 July 2016) was a theatre sound engineer from Wolverhampton, West Midlands. Her mother, Jennifer Clarke, is the director of the charity The Anima Foundation. She has a younger brother. Clarke's interest in acting began at the age of three after seeing the musical Show Boat, on which her father was working. She was educated at Rye St Antony School and at St Edward's School, graduating in 2005. She attended Drama Centre London, and graduated in 2009.

From 2012 until 2013, Clarke dated comedian and filmmaker Seth MacFarlane. The two broke up after approximately six months but remain friends.
As of October 2015, Clarke resides in Hampstead, London. In 2016, she purchased a $4.64 million house in Venice Beach, California.
Clarke was voted the most desirable woman in the world by AskMen readers in 2014. She was named Esquire's Sexiest Woman Alive in 2015. On International Women's Day 2017, she published a well-received op-ed on HuffPost UK regarding modern feminism and encouraging gender equality. She was the cover feature for the edition of 13 July 2017 of Rolling Stone.