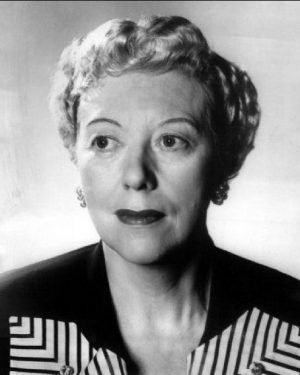 Ethel Owen (March 30, 1893—February 16, 1997) was an American actress with a lengthy career on stage as well as radio and television. In her early sixties, during the mid-1950s, she had a memorable recurring TV role on The Honeymooners, playing Mrs. Gibson, Ralph Kramden's sharp-tongued, interfering mother-in-law.