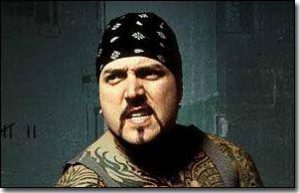 Evan is alive and kicking and is currently 54 years old.
Please ignore rumors and hoaxes.
If you have any unfortunate news that this page should be update with, please let us know using this .

Does Evan Seinfeld Have the coronavirus?

Evan Seinfeld (born December 29, 1967) is an American musician and actor, as well as a director, photographer, and writer. He has also appeared in several pornographic films under the pseudonym "Spyder Jonez". He is best known as a founding member of Biohazard. Since leaving the band in May 2011 for personal reasons, he has joined the band Attika7 as a vocalist. He is also the ex-husband of pornographic actress Tera Patrick. The couple announced their split on September 30, 2009, although they remain business partners.