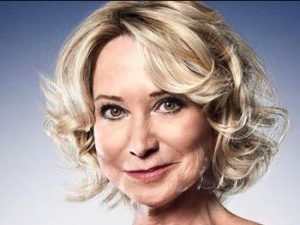 Felicity is alive and kicking and is currently 75 years old.
Please ignore rumors and hoaxes.
If you have any unfortunate news that this page should be update with, please let us know using this .

Does Felicity Kendal Have the coronavirus?

British leading woman best known at one time for "cute" roles but a formidable actress in a wide variety of parts. Born in England, she was raised in India where her parents Geoffrey Kendal and Laura Liddell toured the nation for decades with a traveling classical theatre troupe called Shakespeareana. Young Felicity first appeared on stage as an infant and grew up doing backstage chores and filling in on stage as boys or various supernumeraries. She attended whatever convent school was immediately convenient and by her teen years was appearing in important Shakespearean roles.
She appeared on television opposite John Gielgud and soon thereafter was given the role that made her famous, Barbara Good in the TV series Good Neighbors (1975), about a couple who decides to live off the land in their decidedly suburban home. She followed "The Good Life" with several other TV programs, but made her most important contributions on the stage.

She created roles in a number of plays by Tom Stoppard (with whom she had a highly publicized affair), and continued unabated her lifelong work in Shakespeare, playing Desdemona to Paul Scofield's Othello and a memorable Viola in a BBC production of Twelfth Night (1980). She continues to perform with regularity in London's West End. She was made a Commander of the Order of the British Empire (CBE) in 1995. In 1999, she published her memoirs, "White Cargo."
Kendal's first marriage to Drewe Henley (1968–79) and her second to Michael Rudman (1983–90) ended in divorce. Kendal has two sons: Charley, from her marriage to Henley, and Jacob, from her marriage to Rudman. In 1991 she left Rudman, and subsequently started a relationship with playwright Tom Stoppard. The affair with Stoppard ended in 1998, and Kendal has since reunited with Michael Rudman.