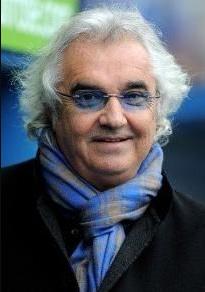 Flavio is alive and kicking and is currently 72 years old.
Please ignore rumors and hoaxes.
If you have any unfortunate news that this page should be update with, please let us know using this .

Flavio Briatore (born 12 April 1950) is an Italian businessman. He started his career as a restaurant manager and insurance salesman in Italy. Briatore was convicted in Italy on several fraud charges in the 1980s, though the convictions were successively extinguished by an amnesty. Briatore set up a number of successful Benetton franchises as a fugitive in the Virgin Islands and the United States. In 1990, he was promoted by Luciano Benetton to manager of the Benetton Formula One racing team, which became Renault F1 in 2002. From 2007 to 2010, he was part-owner and chairman of London's Queens Park Rangers F.C.. On 16 September 2009, Briatore was forced to resign from the ING Renault F1 team due to his involvement in race fixing at the 2008 Singapore Grand Prix. After the Fédération Internationale de l'Automobile (FIA) conducted its own investigation, Briatore was banned indefinitely from any events sanctioned by the FIA, although this ban was later overturned by the French Tribunal de Grande Instance.