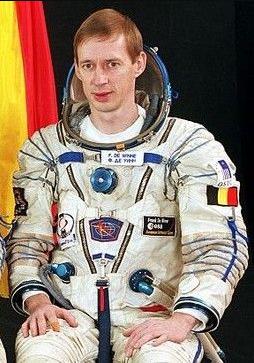 Frank is alive and kicking and is currently 61 years old.
Please ignore rumors and hoaxes.
If you have any unfortunate news that this page should be update with, please let us know using this .

Frank, Viscount De Winne (born 25 April 1961 in Ledeberg, Belgium) is a Belgian Air Component officer and an ESA astronaut. He is Belgium's second person in space (after Dirk Frimout). He was the first ESA astronaut to command a space mission when he served as commander of ISS Expedition 21. ESA astronaut de Winne serves currently as Head of the European Astronaut Centre of the European Space Agency in Cologne/Germany (Köln).