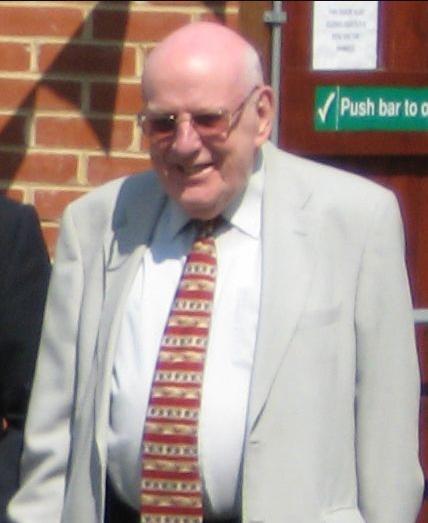 Frank is alive and kicking and is currently 91 years old.
Please ignore rumors and hoaxes.
If you have any unfortunate news that this page should be update with, please let us know using this .

Does Frank Williams Have the coronavirus?

Frank Williams (born 2 July 1931) is an English actor best known for playing the Reverend Timothy Farthing in the popular BBC comedy Dad's Army. Following the death of Pamela Cundell in 2015, he and Ian Lavender are the last surviving major cast members. He will reprise the role of the Reverend Timothy Farthing in the 2016 film adaptation of the series.
It is, however, for his role in Dad's Army as Timothy Farthing, that Williams is best known. Coincidentally, while at Hendon County, he had played the lead in the school play of his final year, The Ghost Train, written nearly 30 years earlier by Arnold Ridley, who would become one of his fellow actors in Dad's Army.

For many years, Williams has lived in Edgware, Middlesex. Until 2000, he was a lay member of the General Synod of the Church of England. He was a guest on This Morning on Thursday 31 July 2008, talking about Dad's Army with fellow cast members, Ian Lavender and Bill Pertwee. He also appeared on BBC1's Jonathan Ross Salutes Dad's Army show on Sunday 3 August 2008.