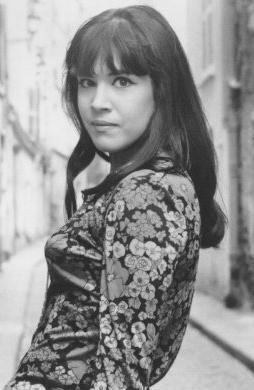 Gale is alive and kicking and is currently 80 years old.
Please ignore rumors and hoaxes.
If you have any unfortunate news that this page should be update with, please let us know using this .

Gale Zoë Garnett (born 17 July 1942) is a New Zealand–born Canadian singer best known in the United States for her Grammy-winning folk hit "We'll Sing in the Sunshine". Garnett has since carved out a career as a writer and actress.
Garnett was born in Auckland, New Zealand, and moved to Canada with her family when she was 11. She made her public singing debut in 1960, while at the same time pursuing an acting career, making guest appearances on television shows such as 77 Sunset Strip. She made her New York nightclub debut in 1963 and was signed by RCA Victor Records that same year. In the fall of 1964, Garnett scored a number four pop hit with her original composition "We'll Sing in the Sunshine" (also #1 on Billboard's Adult Contemporary singles chart for seven weeks and a Top 50 country hit), and recorded her debut album, My Kind of Folk Songs, for RCA Victor. Riding the success of "We'll Sing in the Sunshine", which won a 1965 Grammy for Best Folk Recording, sold over one million copies thus gaining gold disc status, Garnett continued to record through the rest of the 1960s with her backing band the Gentle Reign. Her follow-up to "We'll Sing in the Sunshine", "Lovin' Place", was her only other single to chart in America. Garnett appeared twice on ABC's Shindig! and The Lloyd Thaxton Show at the height of her singing fame in the mid 1960s.

Although Garnett had retired from the music business by the 1980s, she continued appearing in feature films (including the 2002 sleeper hit My Big Fat Greek Wedding) and on television shows, usually in supporting roles. In subsequent years, she also branched out into journalism, writing essays, columns, and book reviews for various newspapers and magazines. She also wrote and performed two one-person theater pieces, Gale Garnett & Company and Life After Latex.