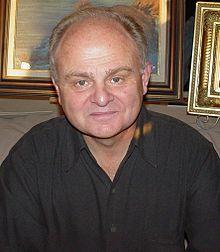 Gary is alive and kicking and is currently 78 years old.
Please ignore rumors and hoaxes.
If you have any unfortunate news that this page should be update with, please let us know using this .

Does Gary Burghoff Have the coronavirus?

Gary Rich Burghoff (born May 24, 1943) is an American actor, known for playing Charlie Brown in the 1967 Off-Broadway musical You're a Good Man, Charlie Brown, and the character Corporal Walter Eugene "Radar" O'Reilly in the film M*A*S*H, as well as the TV series.
Burghoff appeared regularly on TV, making appearances on game shows as well like Buzzer, Match Game, Tattletales, Hollywood Squares, and Showoffs. He also appeared in the film B.S. I Love You, as well as one episode each of The Love Boat and Ellery Queen. His M*A*S*H character Radar O'Reilly appeared on two episodes in the first season of AfterMASH.

It was then spun off into W*A*L*T*E*R which aired only once in the Eastern and Central time zones only. Burghoff also appeared in The New Adventures of Wonder Woman episode "The Man Who Wouldn't Tell" in 1978, where he was reunited with his former band member Lynda Carter, who portrayed the title character.
Burghoff was married to Janet Gayle, from 1971 to 1979. They had one child before their divorce. In 1985, he married Elisabeth Bostrom. The couple had two children and divorced in 2005.