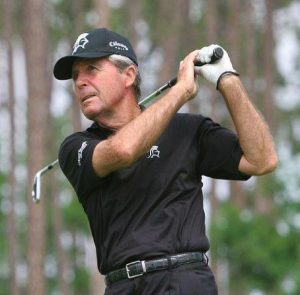 Gary is alive and kicking and is currently 87 years old.
Please ignore rumors and hoaxes.
If you have any unfortunate news that this page should be update with, please let us know using this .

Gary Player DMS, OIG (born 1 November 1935) is a South African professional golfer, widely regarded as one of the greatest players in the history of golf. Over his career, Player accumulated nine major championships on the regular tour and six Champions Tour major championship victories, as well as three Senior British Open Championships on the European Senior Tour.
At the age of 29, Player won the 1965 U.S. Open and became the only non-American to win all four majors, known as the career Grand Slam. Player became only the third golfer in history to win the Career Grand Slam, following Ben Hogan and Gene Sarazen, and only Jack Nicklaus and Tiger Woods have performed the feat since. Player has won 165 tournaments on six continents over six decades and was inducted into the World Golf Hall of Fame in 1974.

Nicknamed the Black Knight, Mr. Fitness, and the International Ambassador of Golf, Player is also a renowned golf course architect with more than 400 design projects on five continents throughout the world. He has also authored or co-written 36 golf books.
GPG operates The Player Foundation, which has a primary objective of promoting underprivileged education around the world. In 1983, The Player Foundation established the Blair Atholl Schools in Johannesburg, South Africa, which has educational facilities for more than 500 students from kindergarten through eighth grade.
In 2013 it celebrated its 30th Anniversary with charity golf events in London, Palm Beach, Shanghai and Cape Town, bringing its total of funds raised to over US$60 million.