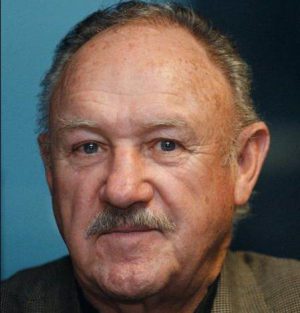 Gene is alive and kicking and is currently 92 years old.
Please ignore rumors and hoaxes.
If you have any unfortunate news that this page should be update with, please let us know using this .

Does Gene Hackman Have the coronavirus?

Eugene Allen "Gene" Hackman is a retired American actor and novelist. In a career spanning five decades, Hackman was nominated for five Academy Awards, winning Best Actor in The French Connection and Best Supporting Actor in Unforgiven. He won three Golden Globes and two BAFTAs.
On July 7, 2004, Hackman gave a rare interview to Larry King, where he announced that he had no future film projects lined up and believed his acting career was over. In 2008, while promoting his third novel, he confirmed that he had retired from acting. When asked during a GQ interview in 2011 if he would ever come out of retirement to do one more film, he said he might consider it "if I could do it in my own house, maybe, without them disturbing anything and just one or two people." In 2016 he narrated the Smithsonian Channel documentary The Unknown Flag Raiser of Iwo Jima.

Hackman's first marriage was to Faye Maltese. They had three children: Christopher Allen, Elizabeth Jean, and Leslie Anne Hackman. The couple divorced in 1986 after three decades of marriage. In 1991 he married Betsy Arakawa. They have a home in Santa Fe, New Mexico.
In the late 1970s, Hackman competed in Sports Car Club of America races driving an open wheeled Formula Ford. In 1983 he drove a Dan Gurney Team Toyota in the 24 Hours of Daytona Endurance Race. He also won the Long Beach Grand Prix Celebrity Race.
In January 2012 the then 81-year-old Hackman was riding a bicycle in the Florida Keys when he was struck by a car.