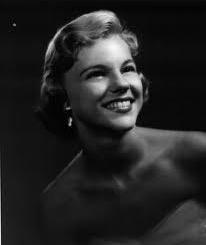 Gerry passed away on January 24, 1990 at the age of 71 in Los Angeles, California, United States.

Gerry Johnson (April 4, 1918 - January 24, 1990) was an American actress best known as the second voice-over to portray the character of Betty Rubble during seasons five and six of the animated television series The Flintstones, after original voice-artist Bea Benaderet left the series.