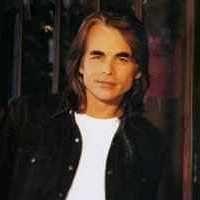 Hal Michael Ketchum (born April 9, 1953) is an American country music artist. He has released 11 studio albums since 1986, including nine for the Curb and Asylum-Curb labels. Ketchum's 1991 album Past the Point of Rescue is his most commercially successful, having been certified gold by the Recording Industry Association of America.
Between 1991 and 2006 Ketchum had 17 entries on the Hot Country Songs charts. Three of his singles — "Small Town Saturday Night," "Past the Point of Rescue" and "Hearts Are Gonna Roll" — all reached number 2 on this chart, and three more charted within the Top Ten: "Sure Love" at number 3, and "Mama Knows the Highway" and "Stay Forever," both at number 8.

In June 1998, Ketchum was diagnosed with a neurological disorder called acute transverse myelitis, an ailment of the spinal column, which left Ketchum without the use of the left side of his body. He had to relearn basic tasks, including how to walk and play the guitar. His mother died at an early age from multiple sclerosis, the sister disease to acute transverse myelitis, from which he also suffers.
Ketchum is also a painter and his work has been shown in Santa Fe, New Mexico's Pena Gallery, where he had an art-show opening in 2002. He also is a master carpenter and enjoys making toys.
On April 14, 2019, Ketchum's wife, Andrea, announced on his Facebook page that he is suffering from Alzheimers disease and is no longer able to tour or perform.