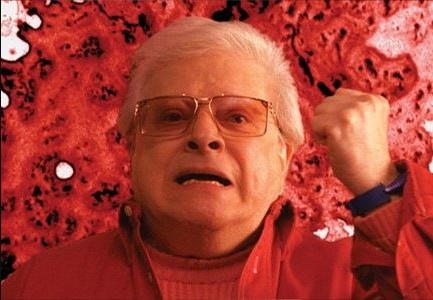 Harlan Jay Ellison was an American writer, known for his prolific and influential work in New Wave speculative fiction, and for his outspoken, combative personality. Robert Bloch, the author of Psycho, described Ellison as “the only living organism I know whose natural habitat is hot water”.
In 1994, he suffered a heart attack and was hospitalized for quadruple coronary artery bypass surgery. From 2010 ("the worst, the lowest point in [his] life"), he received treatment for clinical depression.

In September 2007, Ellison made his last public appearance in his hometown of Cleveland, Ohio, for the Midwestern debut of the documentary Dreams with Sharp Teeth at Cleveland Public Library.
On about October 10, 2014, Ellison suffered a stroke. Although his speech and cognition were unimpaired, he suffered paralysis on his right side, for which he was expected to spend several weeks in physical therapy before being released from the hospital.