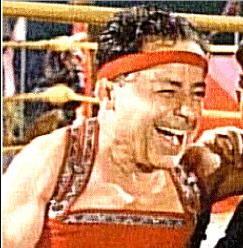 Harry Monty (born Hymie Liechtenstein; April 15, 1904 in Dallas, Texas, USA - December 28, 1999) was an American actor of Polish descent dwarf actor and stuntperson, whose most notable roles were as a Munchkin and a Winged Monkey in the Wizard of Oz.