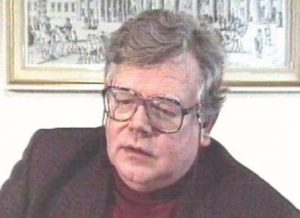 Heinz Leymann was born on July 17, 1932 in Wolfenbüttel, Germany. He was a Swedish citizen. He was famous for his studies on mobbing among humans. He had a degree in pedagogical psychology, and another one in psychiatry and worked as a psychologist. He was a professor at Umeå University. He died in 1999 in Stockholm.