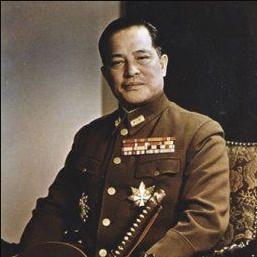 Baron Hiroshi Ōshima (大島 浩, Ōshima Hiroshi, April 19, 1886 – June 6, 1975) was a general in the Imperial Japanese Army, Japanese ambassador to Nazi Germany before and during World War II — and unknowingly a major source of communications intelligence for the Allies. His role was perhaps best summed up by General George C. Marshall, who identified Ōshima as "our main basis of information regarding Hitler's intentions in Europe". After WWII, he was convicted of war crimes and sentenced to life imprisonment.