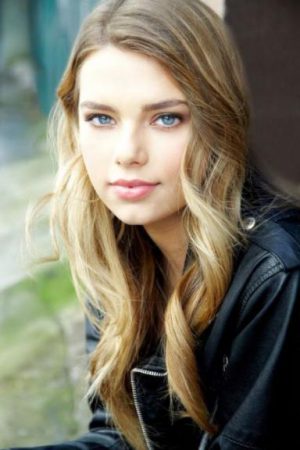 Indiana is alive and kicking and is currently 32 years old.
Please ignore rumors and hoaxes.
If you have any unfortunate news that this page should be update with, please let us know using this .

Indiana Rose Evans (born 27 July 1990) is an Australian actress and singer-songwriter, best known for her roles in Home and Away as Matilda Hunter, H2O: Just Add Water as Bella Hartley, and Blue Lagoon: The Awakening as Emmaline Robinson. Evans had an interest in performing since the age of five, when she would perform for family and friends. At the age of seven, Evans' parents enrolled her into dance lessons, which started with ballet and then evolved to jazz and tap.
Evans made her acting debut in the 2003 Australian medical drama All Saints. She then landed the main role in an American campaign for Kool-Aid. That same year, Evans had a recurring role on the Nine Network children's series Snobs, which centres on two unlikely friends from two different worlds. The series only lasted one season. Evans has since appeared in other shows such as Comedy Inc., Cops L.A.C., and The Strip.

In August 2010, Evans made her feature-film debut in the Australian disaster film Arctic Blast, playing the character Naomi Tate. The film follows a solar eclipse that threatens to engulf the world in ice and begin a new ice age. The film was shot in Tasmania on a budget of A$5 million. It received mixed reviews from critics.
In February 2014, Evans joined the cast of the U.S. television drama Secrets and Lies. The series aired on ABC and is based on the Australian series of the same name, which first aired in March 2014.