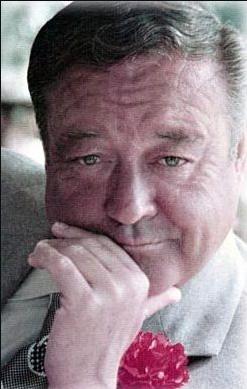 Jackie passed away on June 24, 1987 at the age of 71 in Fort Lauderdale, Florida, United States. Jackie's cause of death was colon and liver cancer.

John Herbert "Jackie" Gleason was an American comedian, actor, and musician who developed a style and characters in his career from growing up in Brooklyn, New York. He was known for his brash visual and verbal comedy style, exemplified by his character Ralph Kramden in the television series The Honeymooners. By filming the episodes with Electronicam, Gleason later could release the series in syndication, building its popularity over the years with new audiences. He also developed The Jackie Gleason Show, which had the second-highest ratings in the country 1954-1955, and which he produced over the years in variations, including in the venue of Miami, Florida after moving there.