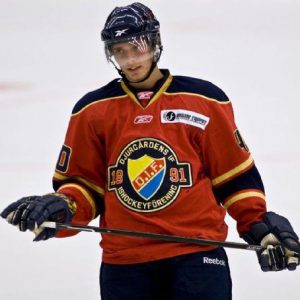 Jacob Josefson is alive and kicking and is currently 31 years old.
Please ignore rumors and hoaxes.
If you have any unfortunate news that this page should be update with, please let us know using this .

Jacob Peter Josefson (born 2 March 1991) is a Swedish professional ice hockey centre, currently with the Toronto Maple Leafs in the National Hockey League (NHL). After Josefson began playing hockey at the age of five, he was acquired by Djurgården's youth organization at the age of ten, where he also began playing junior hockey in 2005. Josefson made his Elitserien debut on 28 February 2008, against Timrå IK, and became a regular member of Djurgården's senior team. His achievements in the Swedish Elitserien drew attention from NHL and he was selected in the first round of the 2009 NHL Entry Draft by the New Jersey Devils, 20th overall. Josefson played with Djurgården for an additional season, before signing on for the Devils in May 2010.