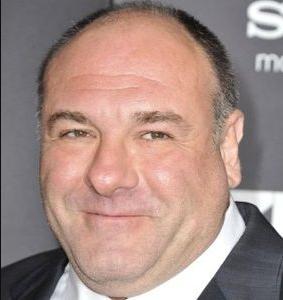 Santa's information is not available now.

James Gandolfini was born in Westwood, New Jersey, to Santa (Penna), a high school lunchlady, and James Joseph Gandolfini, Sr., a bricklayer and head school janitor. His parents were both of Italian origin. Gandolfini began acting in the New York theater. His Broadway debut was in the 1992 revival of "A Streetcar Named Desire" with Jessica Lange and Alec Baldwin. James' breakthrough role was his portrayal of Virgil the hitman in Tony Scott's True Romance (1993), but the role that brought him worldwide fame and accolades was as complex Mafia boss Tony Soprano in HBO's smash hit series The Sopranos (1999).
Gandolfini maintained ties with his Park Ridge, New Jersey hometown by supporting its Octoberwoman Foundation for Breast Cancer Research. He lived in New York City and owned a lot on the Lake Manitoba Narrows. Gandolfini had lived on a 34-acre (14 ha) property in Chester Township, New Jersey. In 2009 he purchased a home in the hills of Tewksbury Township, New Jersey. GQ's Brett Martin said about Gandolfini: "In interviews, which the actor did his very best to avoid, the actor would often fall back on some version of 'I'm just a dumb, fat guy from Jersey.'"

Gandolfini and his first wife, Marcy Wudarski, divorced in December 2002. They have a son named Michael (born 2000). On August 30, 2008, after two years of dating, Gandolfini married former model and actress Deborah Lin in her hometown of Honolulu, Hawaii. Their daughter, Liliana Ruth Gandolfini, was born in Los Angeles, California in October 2012.
Gandolfini died suddenly at the age of 51 in Rome, on June 19, 2013. He was expected to travel to Sicily a few days later to receive an award at the Taormina Film Fest. After he and his family had spent a day of sightseeing in sweltering heat, his 13-year-old son Michael discovered him unconscious at around 10 pm local time, on the bathroom floor at the Boscolo Exedra Hotel in the Piazza della Repubblica. Michael called reception, who in turn called emergency paramedics. Gandolfini reportedly arrived at the hospital at 10:40 pm and was pronounced dead at 11 pm. An autopsy confirmed that he had died of a heart attack.
While word of his death spread, politicians such as John McCain and Chris Christie took to the Internet to respond. Christie ordered all New Jersey State buildings to fly flags at half staff on June 24, to honor Gandolfini when his body was returned to the United States. The people of Gandolfini's hometown started a Facebook page to discuss plans to honor him, including naming a street after him and renaming the Little Theater at Park Ridge High School after him, where he did his first performances.
The day after Gandolfini's death, Bruce Springsteen and the E Street Band, which has long featured Sopranos co-star Steven Van Zandt on guitar, dedicated a performance of their classic album Born to Run (1975) by doing a rendition for Gandolfini.
Gandolfini's body was returned to the United States on June 23, 2013. Family spokesman Michael Kobold thanked both Italian and American authorities for expediting the repatriation process, which normally takes seven days. Broadway dimmed theater marquee lights on the night of Wednesday, June 26 in Gandolfini's honor.
Gandolfini's funeral service was held on June 27, 2013, at the Episcopal Cathedral of Saint John the Divine in Morningside Heights, Manhattan. He was cremated, and his ashes were given to his family.