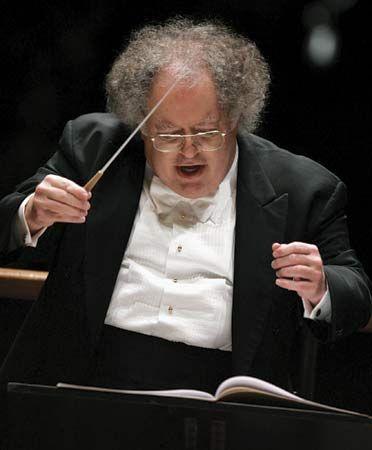 James is alive and kicking and is currently 79 years old.
Please ignore rumors and hoaxes.
If you have any unfortunate news that this page should be update with, please let us know using this .

James Lawrence Levine (/lɨˈvaɪn/; born June 23, 1943) is an American conductor and pianist. He is primarily known for his tenure as Music Director of the Metropolitan Opera, a position he has held since 1976. He has made numerous recordings, as well as television and radio broadcasts, with the Metropolitan Opera Orchestra. Levine has also held leadership positions with the Ravinia Festival, the Munich Philharmonic and the Boston Symphony Orchestra. In 1980, he started the Lindemann Young Artists Development Program and often works to train promising singers, conductors, and musicians for professional careers. After suffering severe health problems, Levine took a hiatus from conducting for almost two years. He returned to conducting in 2013.