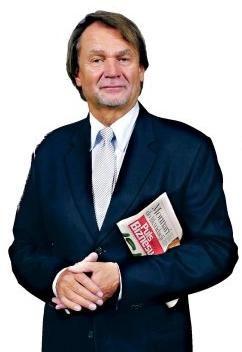 Jan Kulczyk (24 June 1950 – 28 July 2015) was a Polish businessman. He was the founder and owner of Kulczyk Holding (headquartered in Warsaw) and international investment house Kulczyk Investments (former name: Kulczyk Investment House) with headquarters in Luxembourg and offices in London, Kiev and Dubai. According to Forbes magazine, Kulczyk was the richest citizen of Poland, with an estimated wealth of 11.1 billion PLN (2.6 billion euro). In 2013 he was ranked 384 on The World’s Billionaire list by Forbes moving up in the rank due to his continuously diversified portfolio of investments, notably in Africa where Kulczyk Investments holds a 40% stake in Neconde Energy Limited, a consortium which acquired an oil production license in Nigeria. He was the biggest private taxpayer in Poland of personal income tax (as of 2013).