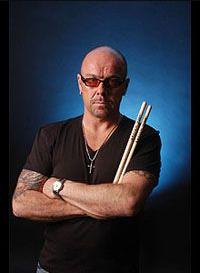 Jason is alive and kicking and is currently 55 years old.
Please ignore rumors and hoaxes.
If you have any unfortunate news that this page should be update with, please let us know using this .

Does Jason Bonham Have the coronavirus?

Jason Bonham's father, John Bonham, died on September 25, 1980 as he was 32 years old. His cause of death was asphyxiation caused by choking on his own vomit.

Jason John Bonham is an English drummer. Bonham is perhaps best known for being the son of the late Led Zeppelin drummer John Bonham and Patricia "Pat" Bonham. After his father's death in September of 1980, he played with Led Zeppelin on different occasions, including the Ahmet Ertegün Tribute Concert at The O2 Arena in London in 2007.