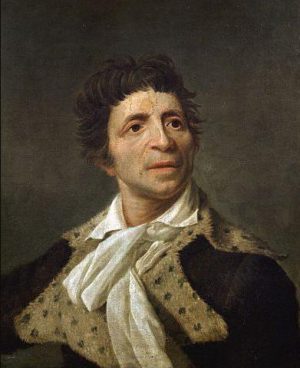 Jean-Paul passed away on July 13, 1793 at the age of 50 in Paris, France. Jean-Paul's cause of death was killed by charlotte corday.

Jean-Paul Marat was a Prussian-born physician, political theorist, and scientist best known for his career in France as a radical journalist and politician during the French Revolution. His journalism was renowned for its fiery character and uncompromising stance toward "enemies of the revolution" and basic reforms for the poorest members of society. Marat was one of the more extreme voices of the French Revolution and he became a vigorous defender of the sans-culottes; he broadcast his views through impassioned public speaking, essay writing, and newspaper journalism, which carried his message throughout France. Marat's radical denunciations of counter-revolutionaries supported much of the violence that occurred during the wartime phases of the French Revolution. His constant persecution of "enemies of the people," consistent condemnatory message, and uncanny prophetic powers brought him the trust of the populace and made him their unofficial link to the radical Jacobin group that came to power in June 1793. For the two months leading up to the downfall of the Girondin faction in June, he was one of the three most important men in France, alongside Georges Danton and Maximilien Robespierre. He was murdered in his bathtub by Charlotte Corday, a Girondin supporter.