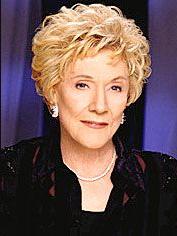 Wilma passed away on May 8, 2013 at the age of 84 in Los Angeles, California. Wilma's cause of death was died in her sleep.

Actress Jeanne Cooper entered films in 1953. Though she worked often, Cooper appeared in only a handful of memorable movies, including the rare Roger Corman social-protest film The Intruder and The Boston Strangler. She was seen to better advantage on television, guesting in a wide range of roles on such series as The Twilight Zone and The Man From U.N.C.L.E. From 1969 to 1970, she was seen as Grace Douglas on the prime-time "inside Hollywood" series Bracken's World. She is best known for her ongoing characterization of Kay Chancellor on the CBS soap opera The Young and the Restless. Unlike many other daytime-drama actresses, who prefer to keep their onscreen characters and actual personalities separate, Cooper has invested many of her own life experiences in the role of Kay Chancellor. She harked back on her own bout with alcoholism to realistically portray Kay's recovery from a chronic drinking problem; and, when Jeanne underwent a facelift, so did Kay -- complete with in-progress shots of the actual operation. Jeanne Cooper is the mother of actor Corbin Bernsen. She passed away at age 84 in 2013.