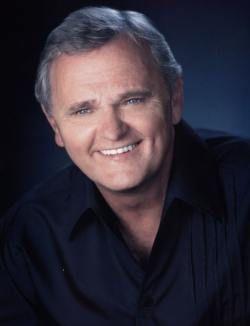 Jerry passed away on September 1, 2008 at the age of 71 in Nashville, Tennessee, USA. Jerry's cause of death was complications from emphysema.

Jerry Reed Hubbard (March 20, 1937 – September 1, 2008), known professionally as Jerry Reed, was an American country music singer, guitarist, and songwriter, as well as an actor who appeared in more than a dozen films. His signature songs included “Guitar Man,” “U.S. Male,” “A Thing Called Love,” “Alabama Wild Man,” “Amos Moses,” “When You're Hot, You're Hot” (which garnered a Grammy Award for Best Male Country Vocal Performance), “Ko-Ko Joe,” “Lord, Mr. Ford,” “East Bound and Down” (the theme song for the 1977 blockbuster Smokey and the Bandit, in which Reed co-starred), “The Bird,” and “She Got the Goldmine (I Got the Shaft).”
Reed was born in Atlanta, Georgia, the second child of Robert and Cynthia Hubbard. Reed's grandparents lived in Rockmart, and he would visit them from time to time. He was quoted as saying as a small child while running around strumming his guitar, "I am gonna be a star. I'm gonna go to Nashville and be a star." Reed's parents separated four months after his birth, and he and his sister spent seven years in foster homes or orphanages. Reed was reunited with his mother and stepfather in 1944.

Reed married country singer Priscilla Mitchell on July 9, 1959; they had two daughters, who also became country singers.
Reed died in Nashville, Tennessee, on September 1, 2008, of complications from emphysema at the age of 71. One week later, during their debut at the Grand Ole Opry, Canadian Country Rockers The Road Hammers performed "East Bound and Down" as a tribute. In a tribute in Vintage Guitar Magazine, Rich Kienzle wrote that "Reed set a standard that inspires fingerstyle players the way Merle and Chet inspired him." He was survived by Mitchell and their two daughters. Mitchell died following a short illness on September 24, 2014, at the age of 73.