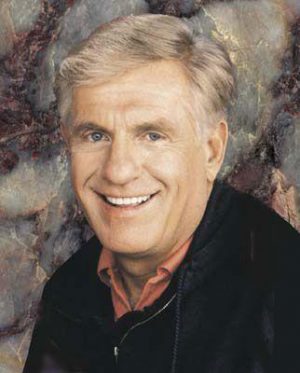 Jerry passed away on January 5, 2018 at the age of 86 in Hot Springs, Arkansas, United States. Jerry's cause of death was Heart failure.

Jerry Van Dyke is an American comedian and actor, the younger brother of Dick Van Dyke. Van Dyke made his television acting debut on The Dick Van Dyke Show with several guest appearances as Rob Petrie's brother Stacey. While his infrequent starring roles were typically in poorly received sitcoms (My Mother the Car, one of the shows where he was the lead actor, is considered one of the worst sitcoms of all time), he enjoyed a long and successful career as a character actor in supporting and guest roles. From 1989 to 1997 he portrayed Luther Van Dam in Coach.
Van Dyke was married twice and had three children with first wife Carol, daughters Jerri Lynn and Kelly Jean and son Ronald. Kelly Jean Van Dyke committed suicide in 1991, following struggles with substance abuse.

Jerry and wife Shirley resided together on their 800-acre ranch near Hot Springs, Arkansas.
Van Dyke was an avid poker player and announced a number of poker tournaments for ESPN in the late 1990s and early 2000s. He was also a four-string banjo player with several performances on The Dick Van Dyke Show to his credit.
On January 5, 2018, Van Dyke died at his Arkansas ranch at the age of 86. He was in declining health since being involved in a car accident two years earlier.