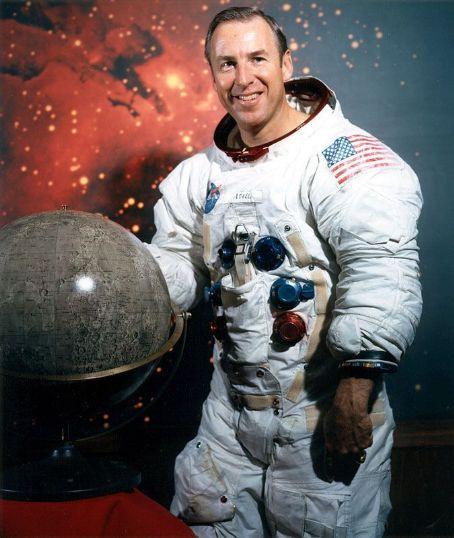 James is alive and kicking and is currently 94 years old.
Please ignore rumors and hoaxes.
If you have any unfortunate news that this page should be update with, please let us know using this .

Does Jim Lovell Have the coronavirus?

James Arthur "Jim" Lovell, Jr. (born March 25, 1928) is a former NASA astronaut and a retired captain in the United States Navy, most famous as the commander of the Apollo 13 mission, which suffered a critical failure en route to the Moon but was brought back safely to Earth by the efforts of the crew and mission control. Lovell was also the command module pilot of Apollo 8, the first Apollo mission to enter lunar orbit. Lovell is a recipient of the Congressional Space Medal of Honor and the Presidential Medal of Freedom. He is one of only 24 people to have flown to the Moon, the first of only three people to fly to the Moon twice, and the only one to have flown there twice without making a landing. Lovell was also the first person to fly in space four times.
In 1952, following his graduation from the Naval Academy, Lovell married his high school sweetheart, Marilyn Lillie Gerlach (born July 11, 1930), the daughter of Lillie (née Nordrum) and Carl Gerlach. The two had attended Juneau High School in Milwaukee. While she was a college student, Gerlach transferred from Wisconsin State Teachers College to George Washington University in Washington D.C. so she could be near him while he was training in Annapolis.

The couple have four children: Barbara, James, Susan, and Jeffrey. The 1995 film Apollo 13 portrayed the family's home life during the Apollo 13 mission of 1970 with actress Kathleen Quinlan being nominated for a supporting actress Oscar for her performance as Marilyn Lovell.
A small crater on the far side of the Moon is named Lovell in his honor. Discovery World in Milwaukee was also named The James Lovell Museum of Science, Economics and Technology. It was located on James Lovell St., also named for Lovell. The Captain James A. Lovell Federal Health Care Center was completed in October 2010, merging the Naval Health Clinic Great Lakes and the North Chicago Veterans Affairs Medical Center.