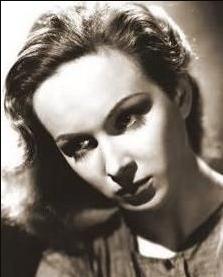 Joan Greenwood (4 March 1921 – 28 February 1987) was an English actress. Born in Chelsea, she studied at the Royal Academy of Dramatic Art. Her husky voice, coupled with her slow, precise elocution, was her trademark. She may be best remembered for her role as Sibella in Kind Hearts and Coronets (1949).