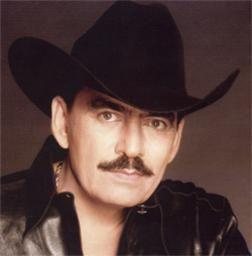 Joan passed away on July 13, 2015 at the age of 64 in Teacalco, Guerrero, Mexico. Joan's cause of death was bone cancer.

José Manuel Figueroa Figueroa (April 8, 1951 – July 13, 2015), better known as Joan Sebastian (pronounced: [xoˈan seβasˈtjan]), was a Mexican singer-songwriter, actor and producer. He wrote more than 1,000 songs including compositions for Vicente Fernández, Lucero, Pepe Aguilar, and Rocío Dúrcal. His music is a mixture of Latin pop, ranchera and grupera music. Sebastian was awarded seven Latin Grammy Awards and five Grammy Awards, making him the most awarded Mexican performer in Grammy history.Sebastian also worked sporadically as an actor. In 1996, he made his acting debut in the Mexican soap opera Tú y Yo (You and I), sharing credits with Maribel Guardia, his former wife and mother to his son, Julian. In 2015, Sebastian died at the age of 64 of bone cancer. At the time of his death, Sebastian had two number-one albums on the Billboard Top Latin Albums chart and seven top ten songs on the Hot Latin Songs chart in the United States.