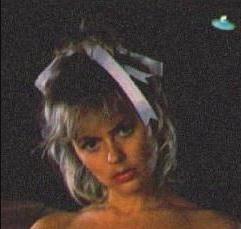 Joanne is alive and kicking and is currently 61 years old.
Please ignore rumors and hoaxes.
If you have any unfortunate news that this page should be update with, please let us know using this .

Joanne Kandy Latham (born in Wolverhampton) is a former English glamour model. Latham was born in Wolverhampton. After studying classical ballet for nine years she took a scholarship to the Royal Ballet School.
A dancing competition led to a request for her to model for retailer Miss Selfridge. This consequently drew her into the world of modeling and television commercials where she became an instant success. She appeared on Page 3 of The Sun and in the Daily Mirror and built a huge following as a glamour model. In 1978 ATV made a documentary about her called "A Model's Dream" in the series England, Their England.

After a shoot with leading glamour photographer Patrick Lichfield, he was so impressed with her that he included her photo on the inside front cover of his book The Most Beautiful Women, a collection of his photographs.
In 1982, Latham was involved in a serious car accident, after which she gave up modelling to open the first 'workout' keep-fit studio in the UK. Her daughter, Elizablue Nairi, was born in southern Spain in June 1985.