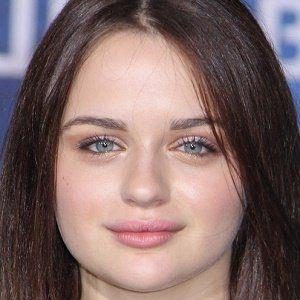 Joey is alive and kicking and is currently 22 years old.
Please ignore rumors and hoaxes.
If you have any unfortunate news that this page should be update with, please let us know using this .

Does Joey King Have the coronavirus?

Joey King's mother, Jamie King, is still alive and kicking at the age of 50. She is American and has had a career as a director, choreographer, writer, producer.

Joey Lynn King is an American actress. She is known for her starring role as Ramona Quimby in Ramona and Beezus, the 2010 adaptation of Beverly Cleary's book series with the same title. She has also appeared in the films Oz the Great and Powerful, The Conjuring and White House Down.
Her first film Grace (2006), was shot when she was six years old. On the first day of filming Joey had to pretend to almost drown in the ice cold ocean. Joey has said she was completely hooked on making movies after that. Joey's performances have earned her outstanding critical reviews from such critics as Roger Ebert of the Chicago Sun Times, and Amy Biancolli of the San Francisco Chronicle.

In 2016 King was cast as the daughter of the character of Courtney Love in the coming-of-age drama film The Possibility of Fireflies. She played the lead character Claire in the 2017 horror-thriller film Wish Upon. In 2018, she starred in The Kissing Booth alongside Jacob Elordi and Joel Courtney.
King was born in Los Angeles. She has two older sisters, actresses Kelli and Hunter King. King has stated that she is "part Jewish and part Christian, but I'm mostly Jewish."