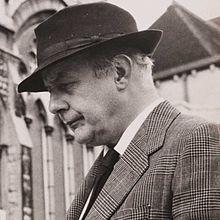 John passed away on May 19, 1984 at the age of 77 in Trebetherick, Cornwall, England, UK. John's cause of death was parkinson's disease.

Sir John Betjeman, was an English poet, writer, and broadcaster who described himself in Who's Who as a "poet and hack". He was Poet Laureate of the United Kingdom from 1972 until his death.